Last week, I read an article on Boomer Cafe called “Author Claude Nougat Knows the Next Trend in Publishing”.

Boomer Cafe.. it’s your place is a site that explores issues which affect people of the BB generation. You can find informative articles about financial management, health issues, trends, retirement topics and lots of other interesting subject matter, and they welcome contributions from readers too.

“Almost since we reached middle age, advertisers and marketers have sold us short. They said we no longer represented the demographic they were looking for. Well, we’ve got news for them: baby boomers are the biggest, richest demographic in the world today. Author Claude Nougat already knew that, and has begun to promote books written specifically for, and about, baby boomers. She says, it’s the next phenomenon in publishing.”

Coincidental. I had been thinking about pitching Boomer Cafe to do a guest post of my own. But I didn’t have to do that, because Ms. Nougat did it first. I have been talking about this for a long time myself, so I was very glad to read it and discover others were thinking the same way.

In the article, there is a link to a Goodreads Group specifically for BB authors which promotes nothing but BB Lit. YEAH! It took me eleven seconds to sign up for the group and comment. All you readers who are BB authors, you need to check this out! You are not alone. Help is on the way.

Here is the Goodreads group and this link is also in Claude’s article.

Since that article was published, it was picked up by the Passive Voice. It attracted some, shall we say, negative attention. Here are a sampling of some of those not-so-nice remarks:

”As for many baby boomer novels being published, last time I pitched one I can’t remember if the agent guffawed or gagged.”

“There are, Lord knows, some Baby Boomers out there who are so self-absorbed that they think the sole function of popular culture is to chronicle their every whim and eructation.”

“To come to such a conclusion does indeed require the assumption that whatever stage of life the Baby Boomers are going through at a given moment, the paramount purpose of popular culture is to record it.”

“The bottom line is: Old people just aren’t very interesting (I know, I am 65).”

And later, the article was picked up by Kindle Nation Daily. This site didn’t generate much negativity. Most of the commenters felt it was a great idea and many listed books they have written. Some interesting titles: “Bastard Husband: A Love Story”, “Sex, Lies & Hot Tubs” and “The Old Guy Rules”.

Naturally there are going to be a huge cross-section of people who don’t want to see this, especially those who have it in for our generation, that we are all a bunch of selfish, it’s-all-about-me, self-centered crybabies. If you don’t believe me, google “baby boomers suck” and see what you get. We are blamed for everything from the financial crisis to the current political situation to the high medical costs. We are responsible for taking younger people’s jobs because we won’t die off soon enough. We are aiding in the demise of the world and causing the earth to warm by our conspicuous consumerism.

This is disconcerting, that as a generation we are viewed that way. Personally, I have always been rather pleased to be part of a world-changing group of people. We were sought after, and marketed to when we were younger, but now, not so much. A while back I bitched about NBC taking Harry’s Law off the air. Their reasoning was, we’re old, we’re stuck in the past, we don’t switch brands, we don’t buy enough stuff. All crap, of course, but it appears we, as a generation, have outlived our appeal to advertisers.

Still, there is strength in our sheer numbers, 79 million being one of the more popular counts. It’s decreasing daily, of course, as we die off (although not fast enough for some). If only a portion of this group is interested in reading novels about people their own age, that is still a sizeable market.

The oldest of us are beginning to retire. I did. Gave up the Corporate Hell Life in order to do what I wanted to do. In the coming years, people will retire in great numbers, and with retirement comes leisure, and with leisure comes more time to read.

Baby Boomers Do Not Suck. We are still cool and we will rock our nursing homes. And we’ll still be reading.

It’s about time we had an official Baby Boomer Literature genre. 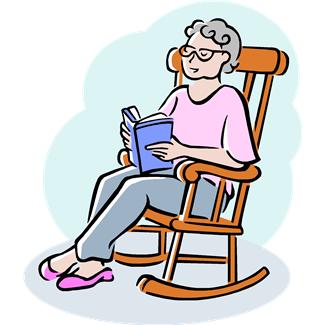 In May, NBC decided not to renew the series “Harry’s Law”. Why do you suppose they did that? Was it because no one watched it? No, that wasn’t the reason. It was the second most-watched series on NBC, 8.8 million viewers, just under the 9 million viewers who watched the first most-watched “Smash”. Well, then, why would they have cancelled it? Isn’t the show’s popularity what appeals to networks? Well, yes and no.

Networks kiss the rings of advertisers, so advertisers determine what we watch on TV. And they (these esteemed “Advertisers”) don’t give a rat’s ass if every single person 50 years of age and older is watching a program or not. They don’t want us. They want the younger crowd. So that would seem to say, “Seniors, suck it up! Learn to love what the demographic that we care about is watching. You are just too damn old to matter to us any longer.”

One NBC executive had the nerve (oh how I’d like to use another term here), to say, “Its [Harry’s Law’s] audience skewed very old and it is hard to monetize that.”

Bottom line. We have more money and we spend it.

But advertisers still listen to the Neilsen Company, who has been monitoring what we watch for the last 40+ years or so. It would appear they continue to use the same methodology they did back in the 70’s.

The Neilsen Company is telling advertisers that the only people who matter are under 50. The advertisers are listening to Neilsen, which is a huge mistake, and threatening to pull ads where the demographic is suspect. No advertisers = no show.

The strategy the Neilsen Co. uses is installing a box in a select number of homes. These are the “Neilsen Families” and they are paid for the inconvenience of having their TV viewing privacy violated. I have never been approached by Neilsen to be one of their select “families” nor do I know anyone who has, but I would have told them where they might place their monitoring device, should they have invited me to become a “Neilsen Family”.

“Hello, may I speak to the head of the household?” says Neilsen.

“We, at Neilsen, would like to invite you to become a Neilsen Family, and in that way you can take part in our ongoing quest for Accuracy in Television Viewing and aid our clients in determining who is watching what shows, and if they should bother to advertise on said shows or not, which will then result in those advertisers pressuring the TV networks to axe certain programs. And we would be delighted to bestow a small gift upon you and your family for your cooperation in this matter.”

“No way,” say I. And then I would have told them the location where the monitoring device might be deposited.

That’s the way that conversation would have gone.

Who would agree to do that? The checks they send aren’t generous, the term used is “token”, and anyone who would do it for that paltry money is certainly not the demographic Neilsen is targeting.

The Neilsen Company wants to “identify, message and find your [the Almighty Advertiser’s] most valuable consumers to maximize marketing efficiency”. They also hope to “adjust your strategy, product and/or marketing to better appeal to key consumers”. (Hint: We are not the key consumers of which they so eloquently business-speak.) And finally, they hope to “…identify white-space innovation opportunities based on a proprietary understanding of latent and emerging demand.”

Wow. WTF does all that purposely obfiscating, nonsensical stuff mean? It means basically, we’re screwed. You will watch American Idol and Dancing With the Stars and NCIS and like it. Turn to the AMC channel if you don’t like it, you old farts. 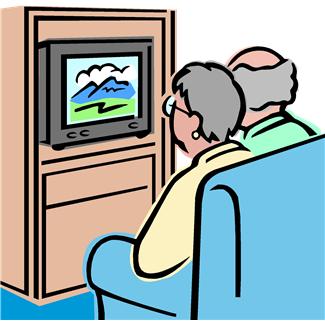 What’ll it be, Mother? The Travel Channel or The Weather Channel?

One of the reasons they say old-timers aren’t worth pursuing as viewers is that everyone knows that brand-loyalty is established between the ages of 18 – 34. Well, I sorta beg to differ on that one. I’ve switched brands lots of times, and I use products that weren’t available back then, and I’ve changed my mind about a lot of stuff so don’t tell me that I have any brand loyalty at all because I don’t. How do we establish brand loyalty for cell phones, and flat screen TVs, and eReaders between the ages of 18 and 34 when they weren’t around then? And never mind that the brands you might have been loyal to, have long been driven out of business anyway!

And another thing. What about all the 18 – 49 year-olds who DVR everything so they can fast-forward through the commercials. Everyone does that, but I’d be willing to bet Baby Boomers do it less than 18 – 49 year-olds.

Here’s the perfect solution. Advertise the products you think we are interested in (even though we’re clearly not), but in your infinite wisdom of what you think makes good business sense, it would fit in quite nicely. And then you can advertise these products on Harry’s Law.

A few products to consider:

But give us back Harry’s Law.

I Want My Harry’s Law!

What do you think about this?