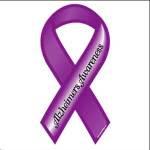 It was one year ago today, April 15, 2012, that I lost my father to Alzheimer’s disease. Without the drugs and procedures which kept him alive, I might have lost him earlier than that, but thanks to pacemakers and blood-thinning pills and blood pressure medicine and a myriad of other things, we were able to have him until just last year, when he’d forgotten so much that I think he simply forgot how to live.

I was not with him when he passed away. If only I could have known when it would be, of course, I would have been there but I thought he’d be around for quite a while longer. The ironic —  no not ironic, more like tragic — thing was, I had considered going to visit him that weekend but didn’t. No excuses, I just didn’t go. It’s a six-hour, two-night hotel stay, so I opted not to go. I probably had something else going on.

What could I have had going on that was more important? Well, funny, I can’t remember. I had been hearing things, he’s losing weight, he’s having difficulty swallowing, but still, I didn’t go, because I thought there would be other weekends.

But then the call came, and it was too late. He died alone.

The last time he recognized me was in January of 2012. He had me, and his son-in-law, and his two granddaughters with him that weekend, and he was so glad to see all of us. But visiting stressed him, because I think he knew he was failing in some way and didn’t want any of us to see that. He always seemed to cut the individual visits short, but was happy to make plans for the next one.  So we visited him for short periods, three or four times a day. He seemed to like it that way.

The last ten months of his life went like this. In June of 2011, he was living in an Independent Living Facility with his wife. My stepmother wanted us to come. Something was wrong. The doctor came and his heart rate was so low she said, get to the cardiologist, immediately.

The pacemaker had malfunctioned. So he had to have a procedure, and then rehab, and in his confused state he declined and the recommendation was that he needed to be in an Alzheimer’s care facility. So off he went. He still didn’t know what was happening and never knew he had the disease. While he was living there, we’d visit him and there were other patients with differing levels of dementia. One woman liked to go barefoot and she couldn’t talk and she was constantly fluttering around and she’d pull up a chair and sit within any circle of family members visiting their loved ones.

“She’s got Alzheimer’s,” my father whispered.

Everyone does here, Dad, I wanted to say. But I didn’t of course. We’d never told him and it was too late to do it at that point because he’d never understand.

Shortly after the January visit, he fell, went to the hospital, and they decided he needed even more care so he went to a skilled nursing facility with a lock-down unit.

The changes within that 10-month period were too much for him. People with dementia don’t tolerate change well. I believe too much happened too soon. He no longer knew who we were. On one visit, he babbled about his home town to a guy sitting next to him while we sat there, not knowing what to do. Pretty horrible.

I got the idea to write this post from Stevil who wrote a post about his father and how his father always seemed old to him. It was just a couple of days ago, and he included an old family photo. It gave me the idea to do the same thing. Here’s a picture of the Happy Family before the Usurper (brother) came along.

As Baby Boomers, many of us early ones have already lost both parents. Some are lucky enough to have one or both of their parents still, but not too many do. And the younger BBers will soon be, or already are, dealing with aging parents issues.

Alzheimer’s is especially heinous, I think. It scares me because now I have that hereditary proclivity for it too. None of my grandparents had it, and all four lived long lives so maybe I’ll luck out. Or maybe not.

We are more aware of dementia because we’re living longer, kept alive by drugs and surgeries. My personal choice is not to take prescription drugs just because they’re prescribed. I will take what I need to prevent certain things (like stroke) that could cause me to be a burden to my family.

This will not make me to popular with some, but I wonder if it might not be better to let nature take its course a little more often. The pacemaker and a myriad of drugs kept my father alive. But he had Alzheimer’s. I wished there was just one drug that could cure that.

I worried that he’d be scared, as you hear all Alzheimer’s patients go through that period when they know something is seriously wrong and are agitated and confused and afraid. Then they settle in to the final stage, and the fear goes away, but so does all remaining cognition.

Now, I don’t think of the last year of his life anymore. I choose to remember him the way he was before that.

16 thoughts on “Tax Day Will Never Be The Same”