What’s wrong with Fifty Shades of Grey? What’s right with it? Read on, to find out!

Yet another blogger is taking it upon herself to critique Fifty Shades of Grey by E. L. James. Moi! This is not a review of the novel exactly. Because Ms. James needs no review from me. On Amazon alone, at the time of this writing, over 16,000 reviews were in place for her novel, the first in the Fifty Shades trilogy. The average rating is a little over 3 stars which is mediocre, so apparently a lot of the reviewers feel the same way I do. I’m not reading all 16,000 to find out though.

Like many others, I had to find out what all the excitement was about. I had started this tome before, and got half through, and was thoroughly not captivated, not amused, not titillated, and not interested in what became of Anastasia Steele and her ill-fated tryst with Christian Grey. But I decided to try again and this time, I would note all the things that drove me bug-nuts and then blog about it.

A handy itemized list of complaints for your easy consumption:

1. Repeating actions. Anastasia does the same things over and over, ad nauseum. Eye rolling and lip biting does get tedious. Maybe try some other quirky, I-am-so-lovely-yet-without-a-clue-how-lovely-that-is, twenty-something, amusing facial expressions. It would be appreciated by the reader. The wonderful, virginous, cutsily clumsy Ms. Steele even rolls her eyes at herself! Oh Ms. Steele, you minx, you.

2. Cliches. Pedal to the metal? Are we serious here, Ms. James? Your picture shows a woman so young as to not even have heard this particular phrase used in conversation. Do people still say this? When I think of it, I think of some of the guys I used to know with their primer-painted, fixed up ’57 Chevies. And Monkey’s Uncle? Please tell me this one got by your editor. Or maybe she was rolling her eyes at the time and missed it?

3. Stereotypes. Ms. Steele never knows how off-the-charts gorgeous she is, of course, in a messily, plump-lipped, doe-eyed way and so she falls into Mr. Grey’s office the first time she meets him. That’s right. She trips over her own feet and falls down, and he has to help her up. This sounds like a really bad chick flick to me, and we’re still in Chapter One. And she’s a virgin, at what, twenty-two? And the time frame is, uh, now? This is a rare situation indeed.

4. Overused craps. Enough with the crap, double crap and the occasional triple crap.

5. Wow-did-she-really-write-that phrases. Here’s three that made my eyes roll:

6. Too-often-used physical reactions. Ms. Steele flushes and blushes and goes crimson so often I think she may need to consult someone who specializes in blood pressure issues.

7. Holy Repeating Phrase, Batman! Here’s where it really gets tedious. The holy craps, holy shits, holy fucks, holy cows, holy hells and even an occasional holy Moses became so repetitive and annoying that I decided to count them. The Grand Total is 139 instances of these various Holy phrases. Everyone must have noticed this. I’m not the only one. Why is Anastasia in awe or in shock so often?

8. Writing style. It was not beautifully written.

9. The subject matter. Surprising how many people don’t have a problem with it.

10.Miscellaneous. Charlie Tango is a dumb name for a helicopter. 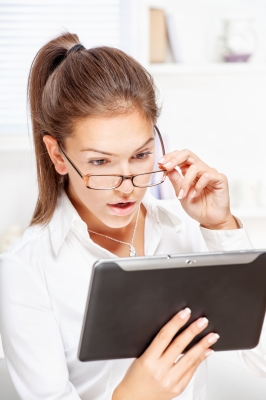 Lest this be considered yet another sour grapes epistle, let me congratulate Ms. James on being the first at something. She brought erotica mainstream and her trilogy was newly a phenomenon when the copycats were popping up as fast as Viagra ads in the spam folder.

Here’s what I liked about Fifty Shades:

1. Writing style. It was not horribly written.

2. Music. The references to music  (and when I looked up some of the pieces I found a Fifty Shades of Grey soundtrack!) There’s going to be a movie! Of course, Hollywood has to get in on the action. How are they going to get that rated R, I wonder?

3. The ending. Probably some of the best writing in the whole book and I had to wait until the last few pages to read it. And it’s a hook to get you to go on to the second in the trilogy.

4. The cover. The tie has a special significance in the story, and what could be more a symbol of power than an understated, expensive tie?

I am going to pass on any more Fifty Shades. I found it to be tedious, and I was uncomfortable reading some of it. The writing was mediocre, but it wasn’t terrible. I’ve read a lot worse. But I guess with what this book is selling, the quality of the writing is not too important.

What do you think about it? Or are you tired of the whole subject?

Image courtesy of marin at FreeDigitalPhotos.net