What!!? No more Twinkies?

Hostess Brands recently announced its intention to go into bankruptcy, lay off over 18,000 workers and liquidate assets. The management/union disagreements focused on reducing workers’ benefits and salary cuts. The CEO got his pay tripled, but the rest of the worker bees doing the baking and packaging and distributing of the delectable little goodies were supposed to suck it up and settle for less. Among those reduced benefits is health insurance. But the union objected to this plan and now Hostess is one of those whining companies “Obamacare made us do it!!”

I guess it’s not unreasonable to assume that a company which makes its profit by delivering shit to kids and adults with Ding Dong addictions wouldn’t really be too concerned about healthy eating, let along health care for its employees.

And after all, those employees probably got a lot better perks than health insurance, like access to the Twinkie rejects and good deals on the merchandise. They should be willing to trade snack cakes for health care. It’s only fair, right?

But, really? No more Hostess Products? No more tasty cupcakes, no more gooey, spongy, chemical-laden “snack cakes”? No more Wonder bread? Whatever is to become of us? Oh wait. We stopped eating that garbage decades ago. That’s right. Now I remember, when companies had to start labeling their products with the actual crap that was in them. In addition to the usual: high fructose corn syrup, glucose, dextrose, palm oil, sweet dairy whey and cellulose gum, there are more mysterious ingredients to be noted. Stuff like ferrous sulfate, sodium caseinate, mono and diglycerides, stearoyllactylate, sodium caseinate, agar and a few things to “retain freshness”. Oh yeah, Hostess products have a 25-day shelf life.

Pretend you made some chocolate cupcakes. Pretend you injected them with white sticky goo and wrapped them in plastic and sat them on your counter for 25 days. Do you think you’d be wanting to chomp into one on that last day? Then think of what has to go into Hostess cupcakes to keep them from getting the way yours now look after a 3 1/2 week sabbatical.

This would be their cupcake:

This would be your cupcake: 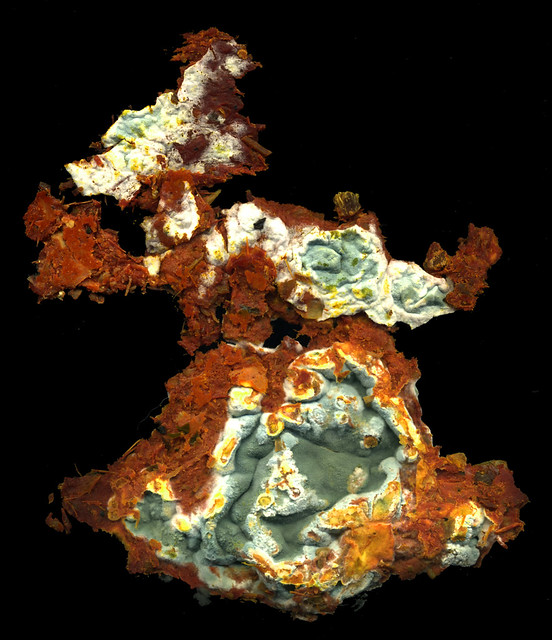 I once worked in a small town in Ohio. Kind of an everyman’s kind of town, and I’d stop in at a tiny grocery two or three times a week in the morning to get a coffee to go and a newspaper. Invariably, I’d see high school kids in there, before school, buying cigarettes, Mountain Dew and Hostess snacks. Talk about a three-way burner! Holy headspin! We’re talkin’ some major uppers here, enough to get those kids through until third period at least.

You may think, but kids can’t buy cigarettes. Well, in this place they could, because the guy behind the counter taking in the small change was related in some way to all of them. It was that kind of town, where The Extreme Tractor Pull and The September Gopher Shoot were the two major social events of the year.

I’m trying real hard not to put a label on the types of people who would buy Hostess stuff, but it is difficult not to do that. Usually, it’s people who live for today, the hell with tomorrow, if I want to eat stuff that in no way resembles real food, then I should be able to do that. So don’t take away my Dolly Madison Cakes. And I’ll have a 20-ounce Dew and a pack of Marlboros with them.

Thankfully, this segment of the population seems to be in decline as people become more and more concerned with health issues and what kinds of foods they eat. Consumers now want organic-grown vegetables and meat that hasn’t been injected with growth hormones and antibiotics. A lot of us now really care what we are putting into our bodies. To a person, we are rejecting Hostess stuff.

So finally  Hostess reluctantly admitted that well, yes, there has been a downturn in recent years, a somewhat diminished demand for their products.

It’s getting very tiring listening to these junk food places blathering on about Obamacare. It hasn’t even happened yet. To my knowledge, 2014 is the first year anyone has to do anything about it. So why all the bitching about it now?

Maybe because, you weren’t on the winning side in this latest election? Maybe because you want to get out there and let everyone know, “Well, it’s your fault, you 51% of Americans for voting for him. It’s all his fault we have to lay off people and close down our good factories.” Bullshit.

It’s your own fault, Hostess, for committing to products that no one wants anymore. You’ve mismanaged your company for years. You’re in debt you can’t get out of. This is just a good excuse to get political and obfuscate the real reasons for your failure.

Yeah, yeah, we all know how Denny’s Grand Slam is going to go up by 49 cents and Papa John’s Pizza will cost more in order to pay for Obamacare. Sniff, sniff. Get over yourselves. It won’t work. It would be a dark day I’d dine in Denny’s. (How’s that for alliteration?). One doesn’t “dine” in Denny’s, one scarfs.

And I like pizza as well as the next person, but Papa John, think I’ll be passin’ on you.

Get a life. You lost.

So, Hostess, while it is so much more convenient to complain about Obamacare and blame the death of your company on labor unions, it was going down anyway.

12 thoughts on “Obamacare Made Us Do It!”